8 foods that destroy our intelligence

When it comes to food, we must remember that there are all kinds of foods, some super-foods are your greatest allies against overweight; others stimulate your cognitive function and improve your memory. But there are also foods known to have a devastating effect on our brain function and nutritionists advise us to consume them sparingly in order to limit their negative effect on our bodies. 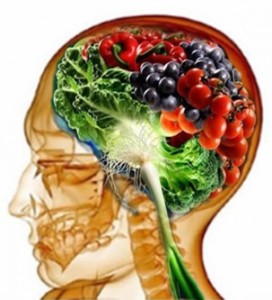 Below we have collected 8 of the foods that lower our intelligence, affect our bodies in the wrong ways and contribute to the worsening of our health. If you want to stay focused, alert, in good mental and physical shape, make sure you avoid these foods or at least eat as few of them as possible and as less as possible. 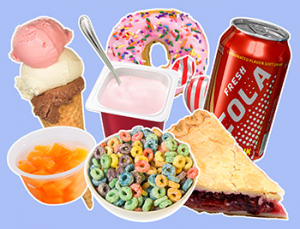 Sugar and sugar products are not only bad for your waistline, but your brain function too. Long term use of sugar can create a variety of neurological problems, and prevent your good memory. Sugar can affect your ability to learn. It is, therefore, advisable to avoid pre-baked products, sugar, corn syrup, and products which are high in fructose. 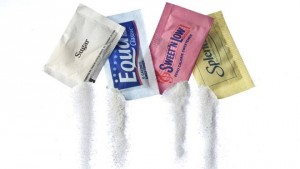 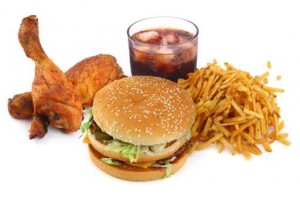 A recent study conducted at the University of Montreal found that junk food can alter the chemicals enzymes in the brain which may lead to symptoms of depression and anxiety. These foods affect the production of dopamine – an important hormone that promotes happiness and an overall feeling of well-being. Dopamine also nurtures cognitive function, learning capacity, alertness, motivation and memory. It is, therefore, important to avoid all foods with excessive fat such as deep-fried fast foods.

4. Fried foods
Almost all processed foods contain chemicals, dyes, additives, artificial flavors, preservatives and so on. All this may affect your behavior and cognitive function, which is due to a hormone that causes hyperactiveness both in adults and children. Fried and processed foods slowly destroy the nerve cells located in the brain. However, some oils are more dangerous than others – sunflower oil (oil) is considered one of the most toxic. 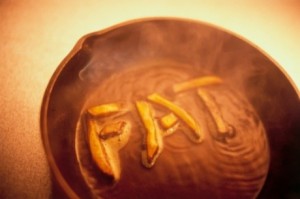 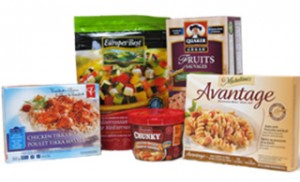 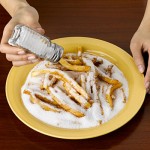 Everyone knows that salty foods affect blood pressure and have bed effect on the heart. Foods that contain large amounts of salt (sodium), and can affect your cognitive function and impair your ability to think. Otherwise salty foods affect your intelligence.
In fact, consumption of salty foods and nicotine have been shown to have the same effect as drugs because they cause severe withdrawal symptoms and cravings for salty foods. 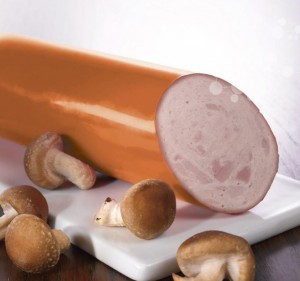 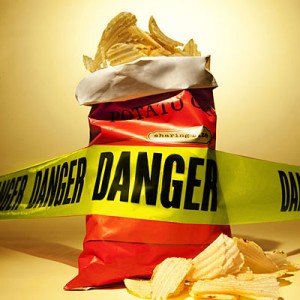 Trans fats cause numerous problems – they are a threat to the cardiovascular system and are a number one cause of high cholesterol and obesity. However, they are also harmful to the brain, as they make it slow. They affect your reflexes, too – not to mention the increased risk of stroke!
Trans fats may also have other effects on your brain. If eaten for too long, they may lead to a kind of cerebrovascular contraction, which is somewhat similar to the shrinkage caused by Alzheimer’s disease. This shrinkage of the brain takes place due to the fact that trans fats slowly damage the arteries. You can prevent this and reduce the risk of stroke by simply limit your intake of trans fats.

In order to lead a healthy lifestyle and have an improved memory and alert brain, tryto cut off your 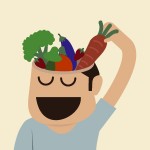 menu the foods we listed. Aim to consume less processed foods and more raw vegetables and fruits. Cut off the sodas and fizzy drinks and replace them with freshly squeezed juices, teas and mineral water. Less fried and more boiled and baked meals. Remove the unhealthy carbohydrates from your menu such as those from sweetsand chocolate treats and rely on the healthy sugars of the fruits and fresh fruit juices, honey and stevia.